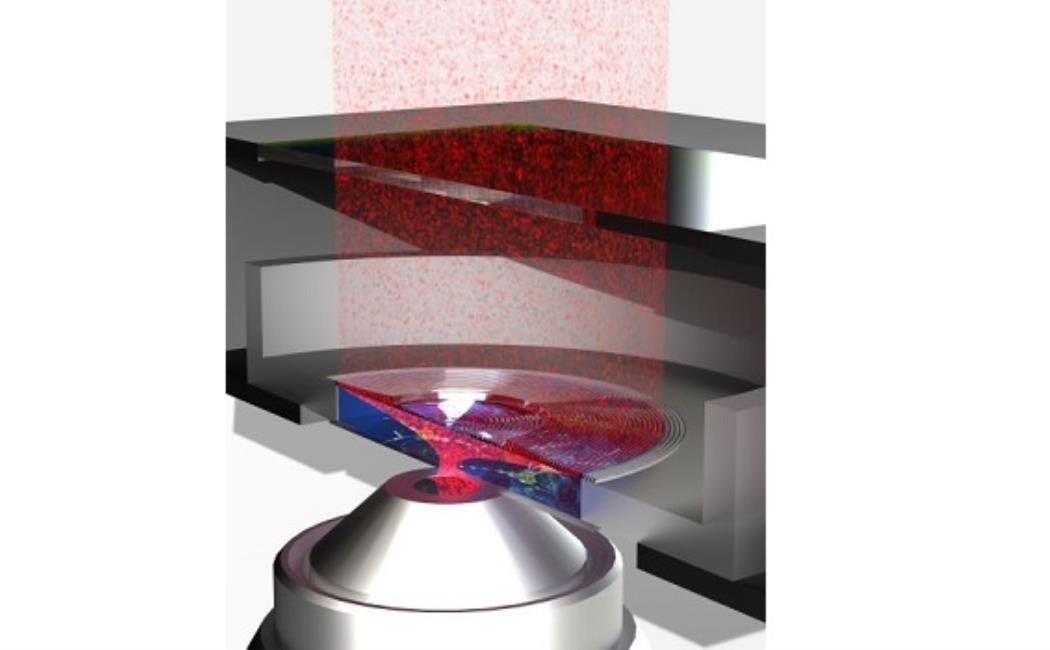 An optical device that resembles a miniaturized lighthouse lens can make it easier to peer into Petri dishes and observe molecular-level details of biological processes, including cancer cell growth. Developed by KAUST, the new lens is also very cost effective.

One drawback of SRS microscopes, however, is that the detection system is affected by a background signal, known as cross-phase modulation, which is generated by the intense interactions between laser pulses and the samples.

“This background signal is ubiquitous and reduces the contrast during microscopic observation of complex samples, such as live cells,” explains Carlo Liberale from KAUST. “It also makes it difficult to identify target molecules.”

To avoid the effects of cross-phase modulation, most SRS microscopes need to use bulky glass objectives capable of collecting wide angles of light. However, these kinds of lenses are nearly impossible to fit into the stage-top incubators that are used to grow live cells for bioimaging.

Andrea Bertoncini, a researcher in Liberale’s group, spearheaded work to create an ultrathin SRS lens using laser-based three-dimensional (3D) printing. Taking their cue from the slender design of lighthouse lenses, the KAUST team printed tiny lens-like and mirror-like features into a transparent polymer only a fraction of a millimeter thick.

“This type of lens design is a very efficient way to collect and redirect light coming from wide-angle sources right to our laser detector,” says Bertoncini. “And since it's so thin, it easily fits into the closed chambers of an incubator.”

After calibration trials confirmed that their new lens could reject the cross phase modulation background, the researchers turned their sights on human cancer cells cultured in a conventional Petri dish. These experiments revealed that the lens could image the cell’s interior components with resolution similar to conventional SRS microscopes, but in a much more convenient and less expensive format.

“The objectives we normally use to collect SRS microscope signals cost a few thousand dollars,” says Bertoncini. “Now we have a lens with similar benefits that we can produce for less than a tenth of that price.”